How long does it take to make a Shirtdress?

Before I go any further may I just say how moved I was to receive so many supportive comments. This sort of response is probably why I even thought of continuing blogging. You are all officially amazing 😘.

Anyway, the shirtdress. It’s  been in bits and under construction for ever – or it feels like it. It had been cut out and started when the lovely Sue, the Fadanista, came to visit at the end of May. I was a bit fed up with not having a set of buttons I liked in my multitude of tins which worked so I let it fester. It began to have the smell of a UFO about it so I decided last week that it had to be done! 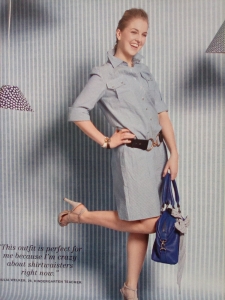 The details. The pattern was from Burda 5/2010 (yes, it’s been on the mental list for quit a while) and the fabric was a Barry’s bargain table delight. At first sight it looks like any old chambray but it has an undercurrent of orange. The back and front of the fabric are very similar but not the same. That led to some fruity language during construction. I added shaping to the waist, back darts, and side seam pockets. 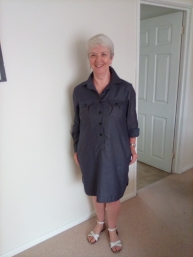 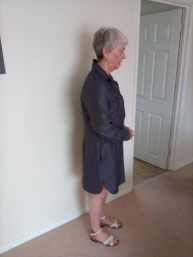 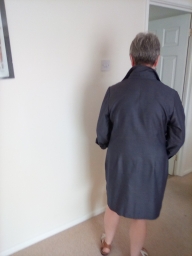 I’m reasonably happy with the final result, although it is a little bit big. The Management says it doesn’t have the drag lines on the back generally “you must have been standing funny”. What can I say? I have lost a little bulk and changed shape a bit with the work in the gym and the running I do to try to keep my bones strong so none of my old patterns for any more. Now that this pattern has been adjusted I think I may make another quite soon – but I need to let the memory of this one fade a little first! 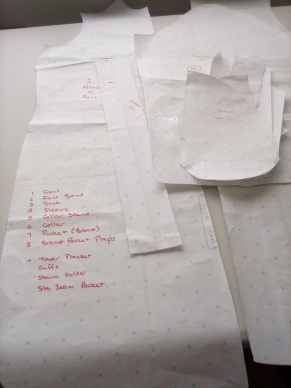 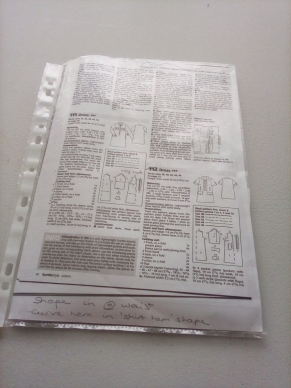 Check this out – I even marked the pattern pieces and put them away properly before I move on! I’m hoping not to find too many more orphan pattern pieces where I have no idea where they belong. Let’s see how long that lasts…..

I already have plans for another project. Let’s hope it doesn’t take as long to make as this dress 😂.

29 Comments on “How long does it take to make a Shirtdress?”